The Gertrude Street Projection Festival starts tonight and it should be a beautiful night to go after the winter wonderland of all the fog this morning, which has dissipated into a beautiful sunny day today.  It’s also the last weekend of the Leaps and Bounds Music Festival if you’re interested in seeing a local gig.  I’ve seen musician Paul Kelly perform live before and he’s a man who’s led a very interesting life if you’ve ever seen the documentary Paul Kelly: Stories of Me. 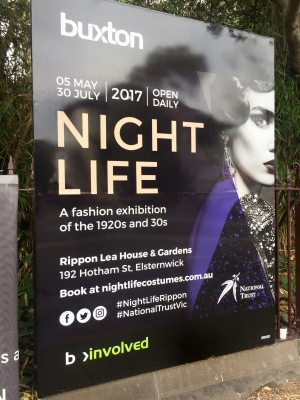 Speaking of the night, I made it to the Night Life exhibition at Ripponlea earlier this week and I’m glad I managed to catch the show before it closes at the end of this month.  There’s also still time to catch the associated Vintage Fashion Market & Pop Up Beauty Studio as well as its final evening soiree titled ‘Putting on the Ritz’ next Saturday, which would be lots of fun. 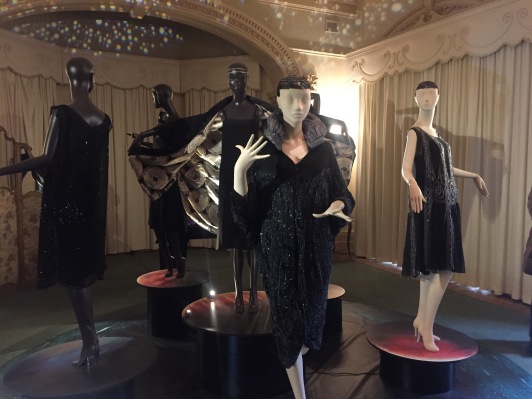 The beautiful dresses that were on show were quite amazing although my favourite piece is the spectacular opera coat from Selfridges (above) on display in the very first part of the exhibition.  I hadn’t been to Ripponlea in a long time but it was a great experience to have a very civilised cup of tea served in beautiful crockery in front of the open fire at the teahouse before buying tickets from the vintage caravan out the front to then entering the period building itself, which is like going back in time. 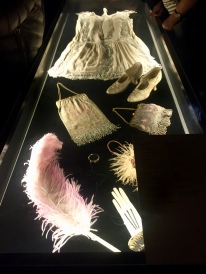 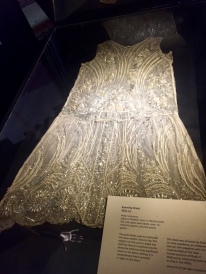 My girlfriend Julia and I also had a wander around the gardens afterwards including sitting by the lake that’s there overlooking the water, which was like doing a seated meditation in stillness and calm.  The cold and the wind got the better of us in the end, but it was still a good thing to do in the depths of Winter. 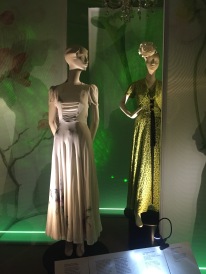 Talking about all things artistic, those jobs I mentioned at Bundoora Homestead Art Centre are now online and open for application if you are interested in throwing your hat in the ring.  There’s an interesting upcoming sculptural installation at the Homestead next month which has also been inspired by Paul Kelly called From little things big things grow by Carly Fischer.  Have a great weekend! 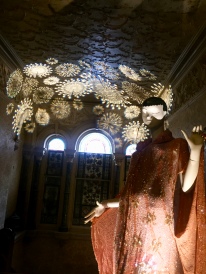 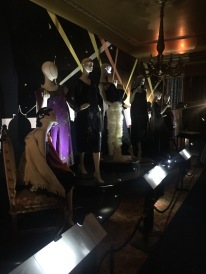