Modern feminism is difficult to define as the word means different things to different people – men included.  I’ve been working on my next Bold Thinking Series lecture in September which will encompass many of the hot button issues of the moment including #MeToo, male privilege and power, the gender pay gap, gender equality, being a female in male dominated industries and the differences between men and women.  My two bosses and I, along with help of a focus group, have assembled an interesting panel to tackle this topic and I’ll share more next week once details are online.  Suffice to say that I think systemic change is needed across broader society in both the private and public sector at a policy level and this can only be done if men and women work together to make it happen. 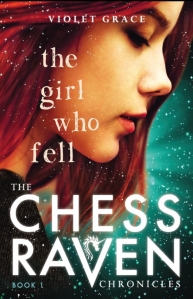 Speaking of feminists I did want to mention that Kasey Edwards, who writes for Daily Life on this very topic is launching her Young Adult book The Girl Who Fell (above), published by Black Inc Books, on 4 September.  She’s co-written this with her partner in life Christopher Scanlon under their pen name Violet Grace.  Chris is an ex- La Trobe University academic who will forever be remembered as the man who wore kilts to work.

And yes, this post is dedicated to the memory of soul great Aretha Franklin whose music has been the soundtrack to many of us in life, including Mr Rosanna and me.